Trouble accessing your child’s school records? The school may be in violation of Federal and State laws. What you need to know is right here. The Astorwork Festivals was to be a fun event bringing together people after the shutdown from COVID. Unfortunately, it ended in disaster killing several and leaving others with both physical and emotional injuries. Child Custody can be very confusing with all the terms that are used in television shows. Child Custody terms can even vary from state to state.

If you are a father you may want to consider a fathers rights child custody lawyer. They can often be the best child custody attorney for your situation.

If you are struggling to find an affordable family law attorney because resources are tight you might want to look for a resource that offers unbundled services or pro bono child custody lawyers. This may be the best child custody attorney for your circumstances. 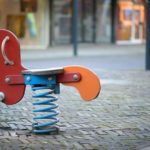 As parents contemplate ending their marriage they must also consider the impact ending that relationship will have on how they parent. Too often parents enter into divorce without fully understanding the challenges Many Americans have heard about the forthcoming third-round stimulus checks that are being proposed, but not how owing back child support or other debt may affect your payment.

What Factors Effect Your Stimulus Check | Back Child Support

Many Americans have heard about the forth coming stimulus check but have no idea the impact of back child support. Unemployed and Struggling with Child Support

The COVID-19 crisis has shuttered many business that have left many unemployed and unable to pay child support. Unemployment claims are at an all time high. Official indicate that it may be sometime before those left laid off or unemployed will be able to return to work.